3 DevOps roadblocks and how to beat them 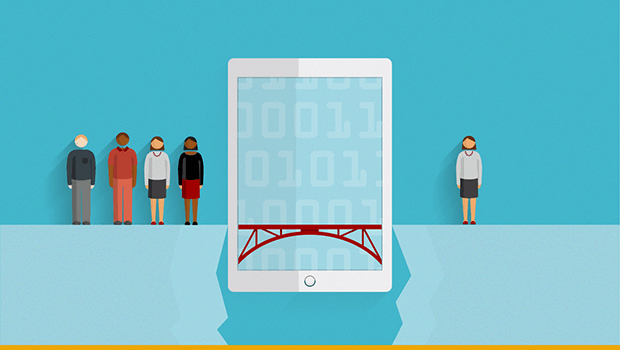 DevOps efforts not moving as fast as you’d like?
Before you play the blame game with individuals and teams, consider these cultural roadblocks

When  DevOps efforts prove slow going, it’s natural to want to find a quick fix to resolve the problem and move on. In some cases this works, like when one specific person or group just needs a little extra attention to get on board with your DevOps plans. However, leaders should be careful to not point fingers at individuals when the problems at hand are bigger than one person or team.

These issues – like persistent “old school” thinking across the organization or wide-scale resistance to culture change – require a different approach. We asked experts to share their experience with three major roadblocks to DevOps transformation – and what to do about them.

Look out for silos

While silos are not always bad, leaders should be aware of silos that create barriers between teams – or pit them against each other, says Jeremy Brown, director of Red Hat Open Innovation Labs.

“It is not so much one persona that’s stalling the DevOps journey for the others, but rather a flaw in the way the system is set up.”

“It is not so much one persona that’s stalling the DevOps journey for the others, but rather a flaw in the way the system is set up,” says Brown. “It is these systems that put people in silos that then create barriers between different groups.

“A classic example of this is the security team. Rather than assume that the security team is trying to block the work of others for no reason, we have to see that they are simply trying to protect their colleagues and the company. Unfortunately, the system puts them into an adversarial relationship, which makes them come across in a negative way.”

Systemic issues like these can be resolved if everyone is on the same page and working toward a common goal, Brown says.

“DevOps is about removing handovers and lean process transformation. We have found that one of the best ways to break through any walls of miscommunication is to visualize the entire process from idea to production using metrics-based process mapping. By moving the focus – for all actors involved – to be on improving the process and eliminating hand-offs, we can break through silos in a non-confrontational way.”

Old thinking can come from all levels

“DevOps is full steam ahead in many organizations across the world, but there are a few heels or stops in the way – and they are not always due to people, but rather due to old thinking throughout the organization,” says Eveline Oehrlich, research director at DevOps Institute.

Internal groups that haven’t shifted to customer-focused innovation may be stuck in old patterns of thinking.

This old thinking doesn’t apply only to the older generation of workers; it can come from anyone. For instance, internal groups that haven’t shifted to customer-focused innovation may be stuck in old patterns of thinking, says Oehrlich.

“Some team members are too far removed from customers and don’t see the urgency of why DevOps or DevSecOps needs to be applied,” she says. “These people are most likely not confronted with customer issues and don’t see the relevant customer experience as an issue and therefore are not willing to adopt change.”

Put the focus on the customer and build DevOps efforts out from there, says Oehrlich. “Before pointing fingers at certain people as the holdup in your DevOps efforts, it might make sense to measure the process of delivery and the current state of the software delivery process in your organization. Where does a certain team stand on its release cycles and other key metrics? From there, determine a goal for where that team should be going. Innovation and change is an organizational process and must be managed – but managed at the group or team level first before individuals are singled out.”

Resistance to change is a culture issue

If you are just starting on your DevOps transformation, you will almost certainly encounter resistance to change. That resistance isn’t always due to an individual’s personality trait, however. It should be an expected part of your change management initiatives.

“Culture is a huge part of any transformation journey and a key component is dealing with resistance to change,” says Carmen DeArdo, senior VSM strategist at Tasktop. “Show associates a path to the new state and provide learning opportunities. Examples of this could be internal peer-taught classes (e.g., in automated testing for manual testers) or a providing a path forward (e.g., moving project managers into a product-based role).”

Another way to tackle change resistance head-on: Start with the leaders. Get them on board first so they can model the right behaviors a new culture moving forward, DeArdo advises.

“Many leaders believe they need to be experts in the new technologies and new ways of working when really their role is to provide an environment of continuous learning and the psychological safety teams need to experiment and improve,” he says. “The leader’s role is then to harvest these improvements and determine how to scale them across the enterprise. It only takes a few leaders to demonstrate this type of behavior and inspire others.”